What do you know about Ausburg, Germany? 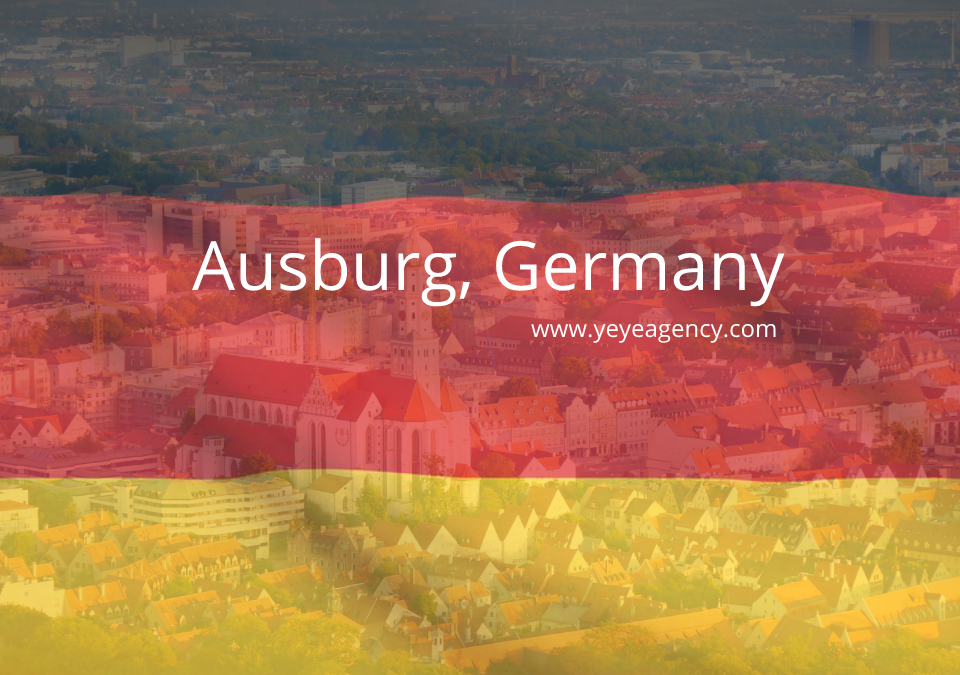 The Augsburg metropolitan area is emerging as a very strong economic region in the neighborhood of the urban city of Munich. It is considered as a very dynamic, growing, and industrial region. Augsburg is one of the youngest cities in Germany in terms of the average age of the population. Especially the age group between 18 and 25 years ensures a permanent population growth due to the universities.

Around 850,000 people live in the Augsburg metropolitan area, which includes the independent city of Augsburg, the districts of Augsburg, Aichach-Friedberg, Dillingen a.d. Danube and Donau-Ries (by the government of Swabia). It is the third-largest metropolitan area in Bavaria after Munich and Nuremberg. The population in the region is growing steadily and the city of Augsburg will soon reach 300,000 inhabitants, exceeding all forecasts in the past.

The Economy of Augsburg

The economic development in the Augsburg metropolitan area is mainly based on the manufacturing sector and is one of the most important industrial locations in southern Germany. Thanks to its strategic geographical location, large logistics areas emerged in the area after the turn of the millennium. Today, the city is located in the triangle of Audi, BMW, and Daimler. In addition to production, the logistics industry has become a major pillar of the local economy. The gross domestic product per capita (GDP) in Augsburg is € 48,800, which is higher than the German average (44,470). The forecast for the region is a stable growth trend by 2026.

The magazine WirtschaftsWoche ranks Augsburg in the upper field compared to other large cities in Germany. In particular, the city shows a very high dynamic in development that is well above average. As a result, Augsburg will continue to rise in the ranking and have a bright future.

The international airport of MUC (Munich airport) can be reached from Augsburg in 45 minutes by train or by car. Private business air traffic is possible from the regional airport in Augsburg. The freight traffic center in the city triangle of Augsburg, Neusäß (Neusaess) and Gersthofen offer excellent connections to regional and international rail transport and finally, Augsburg can also be easily reached via motorway.

The metropolitan area has well over 500,000 employees paying social security contributions and the unemployment rate is below the Bavarian average. At the end of 2019, it was 4.7% in Augsburg city and 2.2% in the Augsburg district, the average unemployment rate in Bavaria was 2.7%.

The most well-known universities in Augsburg, The University of Augsburg and the Augsburg University of Applied Sciences have a total of around 26,000 students. Both institutions have a wide range of international courses. With the ISA (International School Augsburg) there is also a school offer for expatriate families.

The increase in population in the metropolitan area led to rising prices on the real estate market over the last years, this applies equally to rental or purchase offers in particular in the city of Augsburg. For the rent of a 100 square meter house, an average of 8.9 € per square meter is usually expected. These prices are slightly below the Bavarian average, but far from the Munich area. There is limited space available for commercial settlements in the city of Augsburg, however, the situation in the districts is much better.

For more information see the Economic Department of the City of Augsburg.

Overall, the Augsburg region is one of the fastest developing regions in Germany. Its strategic location and closeness to other important regions of Germany, the skilled young workforce and promising economic development will continue to attract foreign investors and business owners in the future. For more information about investing/opening a business in Augsburg or any other region in Germany, visit the official website of our partner business development advisory, Nexxlon.