The Economy of Slovakia 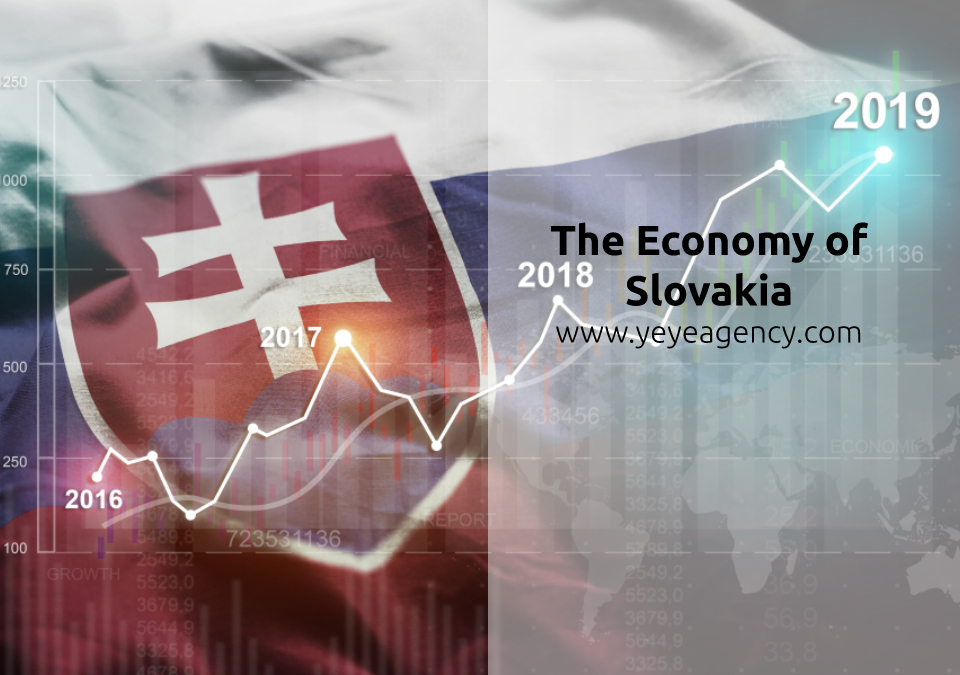 Slovakia is one of the fastest–growing economies among OECD countries and the EU. Being a member of the EU, NATO and Eurozone have helped Slovakia to well integrate among the other European countries. The country is also a member of a Visegrad 4; an alliance of 4 countries in Central Europe (together with Poland, Czech Republic, Hungary), the fastest-growing part of Europe.

The Population of Slovakia and its geographic location

The population of Slovakia is 5.4 million. Although its capital, Bratislava, is one of the smallest in Europe, less than 500 000 live there, its geographical location is spectacular. It is only 40 minutes away from Vienna airport, the hub for Vienna and Bratislava, while the distance between these two capitals is only 60 km. If you decide to visit Slovakia’s southern neighbor’s capital Budapest, you will drive only 200 km. However, historically and culturally Slovakia’s closest neighbor is the Czech Republic. Its capital, Prague, is a 3-hour drive away. So once you are in Bratislava, you’ve got half of Europe within a stone’s throw. And since 2007, without waiting at borders, due to Schengen.

Slovaks speak, of course, Slovak language. However, their language is so difficult that they do not expect foreigners to learn it. Most young people can speak English fairly well. So, if you lose your way, don’t panic.

Slovakia is a world leader in car production per 1000 inhabitants. 4 world car brands have their factories there (VW, Kia, Peugeot-Citroen, Jaguar-Land Rover). Therefore, the automotive industry has become the main driving force of the Slovak economy.

The main exports from the country include vehicles, electrical machinery, equipment and computers which account for 27.8 billion$, 18 billion $, and 11.2 billion $ respectively. 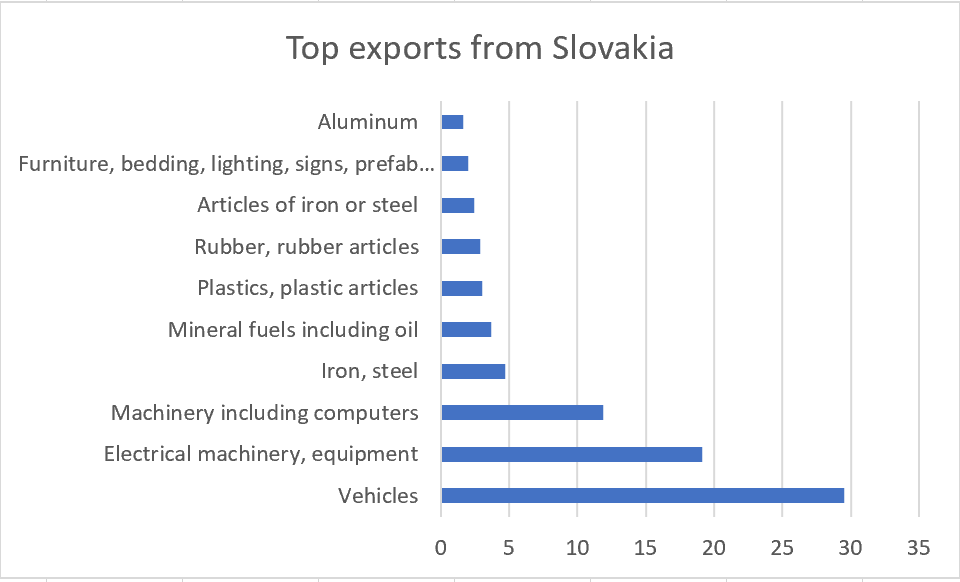 The economic development in Slovakia

After the fall of communism, the situation in Czechoslovakia was very pessimistic. Irresponsible centrally-controlled communist government caused that after the Federation split in 1993 Slovakia was strongly undercapitalized country with GDP accounted for only 47% of the European average while the Czech industry was more developed and better able to adapt in new era with GDP accounted for 77% of the European average.

The unemployment rate has decreased from 14,4% in 2012 to 5,6% in 2019 compared to 6,3% of the EU. However, Hungary is at 3,4%, Poland 3,3%, and the Czech Republic only 2,1% of the unemployment rate. This is caused by regional disparities and very high unemployment in some regions located in the south and east as shown on the map. 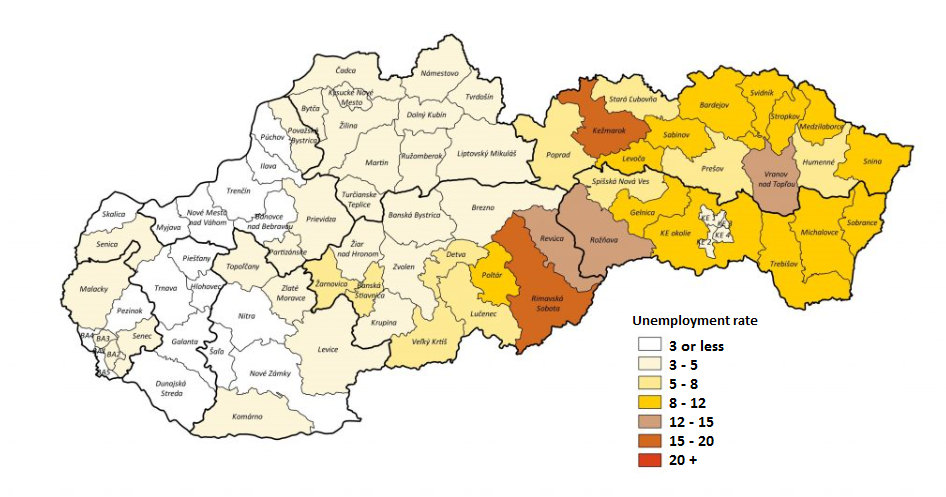