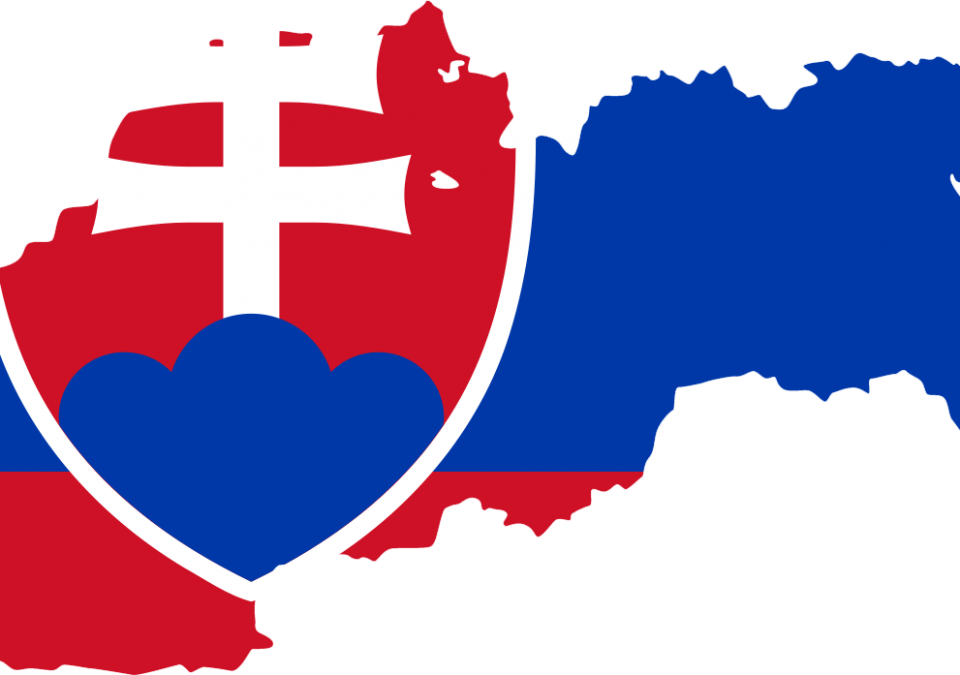 Slovakia is one of the fastest developing economies in Central and Eastern Europe (CEE). After joining the European Union in 2004, the economic reforms were conducted by the government and the foreign direct investments flowed to the country. As a result, Slovakia has experienced rapid economic growth and a falling rate of unemployment in the 2000s. The unemployment rate was under 5% in 2019. Especially, becoming a member of the Schengen area (2007) and the Eurozone (2009) helped the country to establish itself inside the European core.

Why Slovakia should be considered for investments:

The Business Opportunities in Slovakia

The reason why Slovakia has proven itself one of the main investment centers in central Europe is the investment incentives offered by the government. The primary role of investment incentives is to motivate investors to carry out their new projects in regions where unemployment is higher and to attract higher value added projects. Creating a new job area, increasing the chances of graduates to find jobs, creating venture opportunities for local companies are among the positive effects of new investment.

Thus, the support available for businesses depends on the region selected for the investment. It means that Slovakia together with European Union tries to bring investors to less developed regions with regional investment aid. The categorization of the regions is conducted based on the unemployment rate.

The figure below illustrates the districts in Slovakia defined by the unemployment rate of the region and the incentives provided by the government. The Bratislava region is excluded from the investment incentives scheme. The rest of Slovakia is divided into 4 regions illustrated as green, yellow, navy blue, and red by the percentage of the minimum share of new technologies on investments. The amount of investment aid is provided depends on the unemployment rate and the minimum share of new technologies on investment. The unemployment rate in green regions is lower than the red regions. Therefore, the requirements for receiving aid in the red regions are lower than the green area. (www.sario.sk) 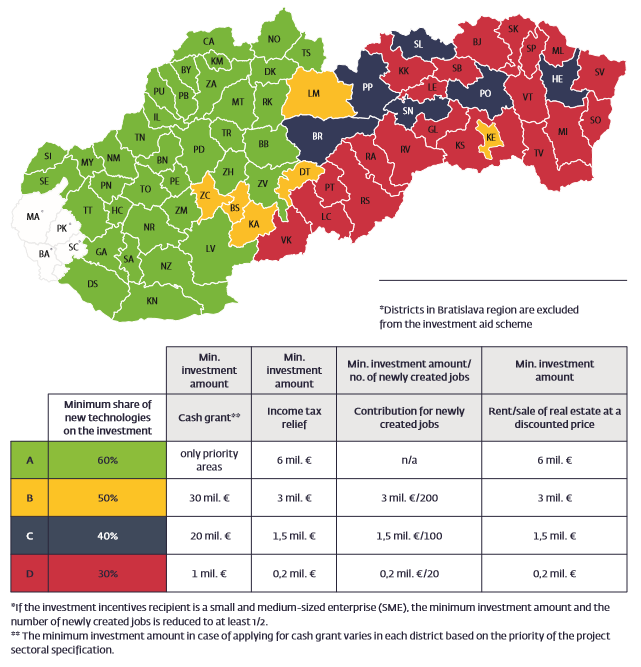 The purpose of the investment aid is to help the investor with the:

The Investment aid in Slovakia can be granted for these types of projects:

Investment aid is provided in the following forms:

Maximum aid intensity in all eligible projects means the maximum amount of investment incentives calculated as a portion of the eligible costs. The figure below illustrates the regions in Slovakia by the intensity of aids received. It shows that the government is trying to allocate the investments equally in all regions; thus, the capital region is excluded from the scheme and the region near the capital which is Trenčín receives fewer incentives than the two other regions (25%). Žilina and Prešov are the regions with the biggest share of investment aids (35% each). (www.sario.sk) 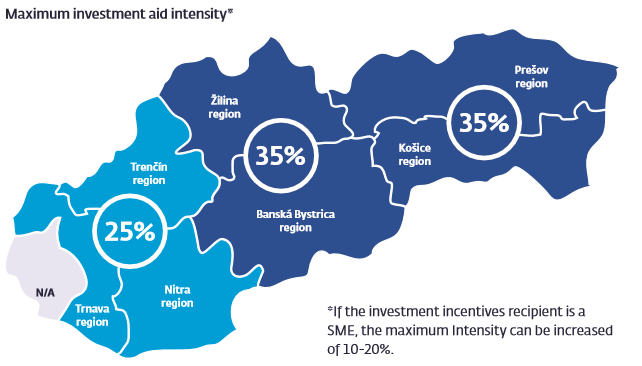 The government has also provided the list of the project types that will be prioritized along with the investment aid scheme.

Priority areas in projects of industrial production and technology center are the following:

Slovakia has successfully adapted its investment incentives scheme to provide equal opportunities in all of its regions. It is important for the government that the investors are aware of the resources of the less developed regions beside Bratislava