The Energy industry in the Czech Republic 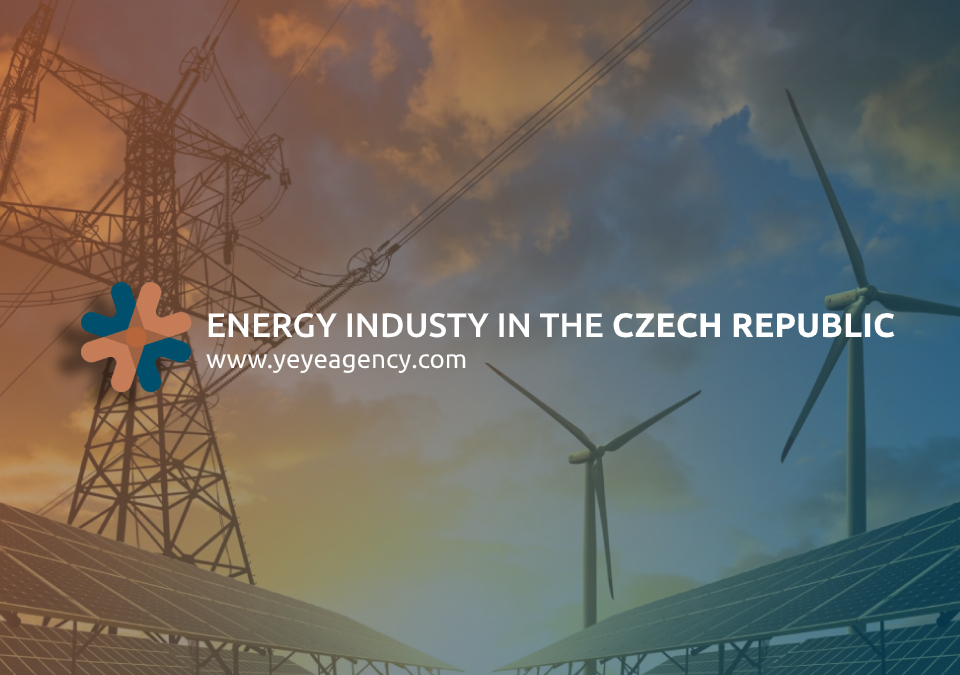 The energy industry consists of energy and electricity production, consumption, import, and export. In the Czech Republic, coal production accounts for the biggest part of the Energy sector. Recently, the country is now trying to become greener and reduce CO2 emissions.

The Energy industry in the Czech Republic

The Czech Republic is the fourth-biggest net electricity exporter in the EU in 2018, after France, Germany, and Sweden. It exports most of the electricity to Austria, Slovakia, and Germany. In Czechia, electricity is produced mainly from coal (50%), nuclear energy (35%), and natural gas (5%) (2018). Therefore, fossil fuels still play a big role in the energy sector of the Czech Republic. It is mainly related to the fact that the Czech Republic has substantial coal resources available. Moreover, it has oil and gas production in the Southern Moravia region.

However, the country now is taking action to reduce its carbon footprint. In 2016, the Czech Republic approved a new National Energy Policy that is called SEP in order to reduce the energy consumption of the country and improve the economy’s energy industry and play its part in the global energy transition.

The SEP broadly seeks to strengthen the security of energy supply and build a competitive and sustainable energy sector. The coal production in the country currently dominates the power sector, being the largest source of carbon emissions and posing a substantial threat to local air quality.

Renewable Energy in the Czech Republic 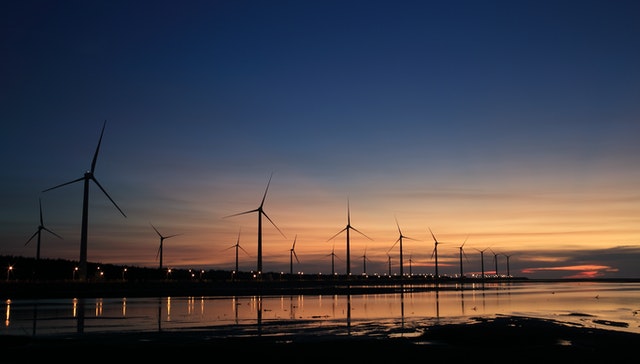 Energy companies in the Czech Republic 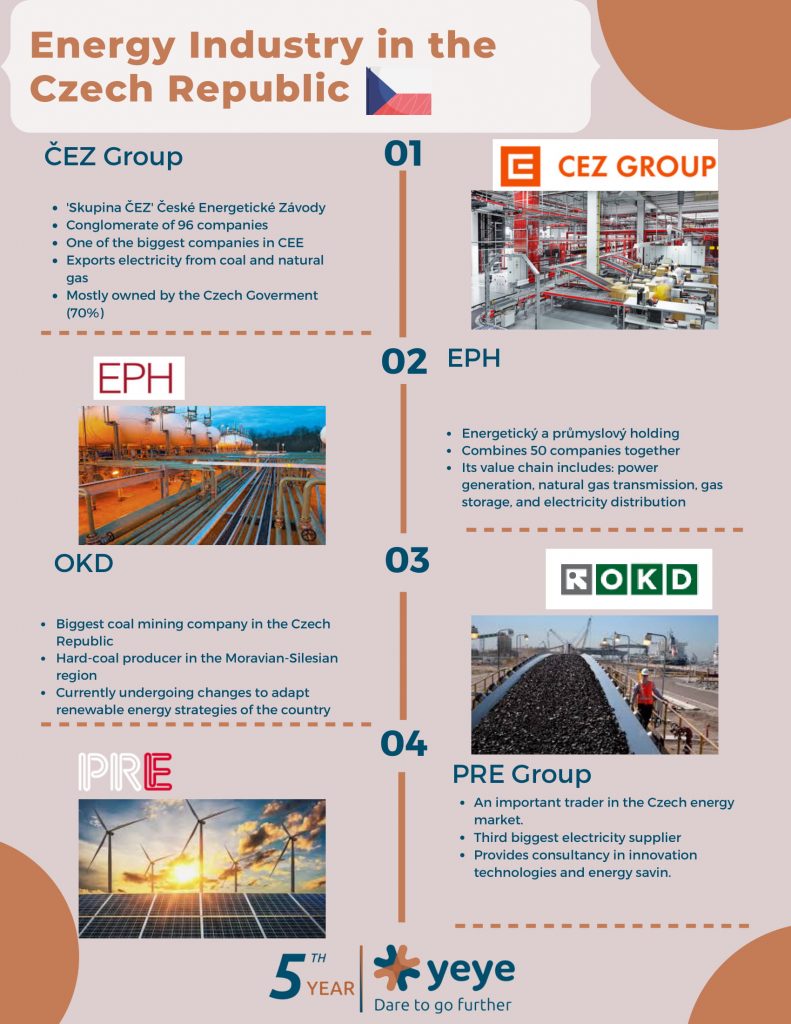 ČEZ Group, ‘Skupina ČEZ’ České Energetické Závody) is a conglomerate of 96 companies (including the parent company ČEZ, a.s.), 72 of which are based in the Czech Republic. It is one of the biggest companies in central and eastern Europe and its biggest shareholder (70%) is the Czech Government. Its core business is to produce, distribute, export electricity from natural gas and coal. ČEZ Group also operates also in Bulgaria, Germany, Hungary, Poland, Romania, Slovakia, and Turkey. ČEZ, a.s. is listed on Prague Stock Exchange and Warsaw Stock Exchange.

Energetický a průmyslový holding, a.s. (EPH), founded in 2009 is a Czech Republic (Prague) based company focusing on the energy sector in Europe. The group’s business covers the complete value chain ranging from highly efficient cogeneration, power generation, and natural gas transmission, gas storage, gas and electricity distribution and supply. It is mainly (94%) owned by Daniel Křetínský, Czech entrepreneur, lawyer, and one of the richest Czech citizens. EPH employs almost 25.000 people and comprises over 50 companies.

Ostravsko-Karvinské Doly (OKD), is a major mining company in the Czech Republic. It is the country’s sole hard-coal producer and one of the largest employers, it operates four deep bituminous coal mines in the Moravian-Silesian Region. Since the Czech Republic is slowly phasing out coal mining by 2030, the company is under an ongoing reorganization in the country’s mining industry in light of recent insolvency procedures in OKD. Most of the coal produced is used in the country of origin.

The PRE Group is another famous energy Group with a long-standing tradition and an important trader in the Czech energy market. It is the third biggest electricity supplier in the Czech Republic. As part of its activities, it supports modern technological solutions and provides consultancy in the introduction of innovative technologies and energy saving. The core activities of the PRE Group consist of sale, electricity and gas trading throughout the Czech Republic, electricity distribution, its generation, and additional energy services.

In conclusion, the Czech Republic has a highly developed energy sector in the region. Although the production/consumption of traditional energy sources such as coal and natural gas is more common than more sustainable alternatives, the Czech Republic is determined to go greener in the new future. Renewable energy will become the main source of energy.

Would you like to invest in the energy sector in the Czech Republic? Yeye Agency can assist you in your goal at any stage of company formation/expansion.