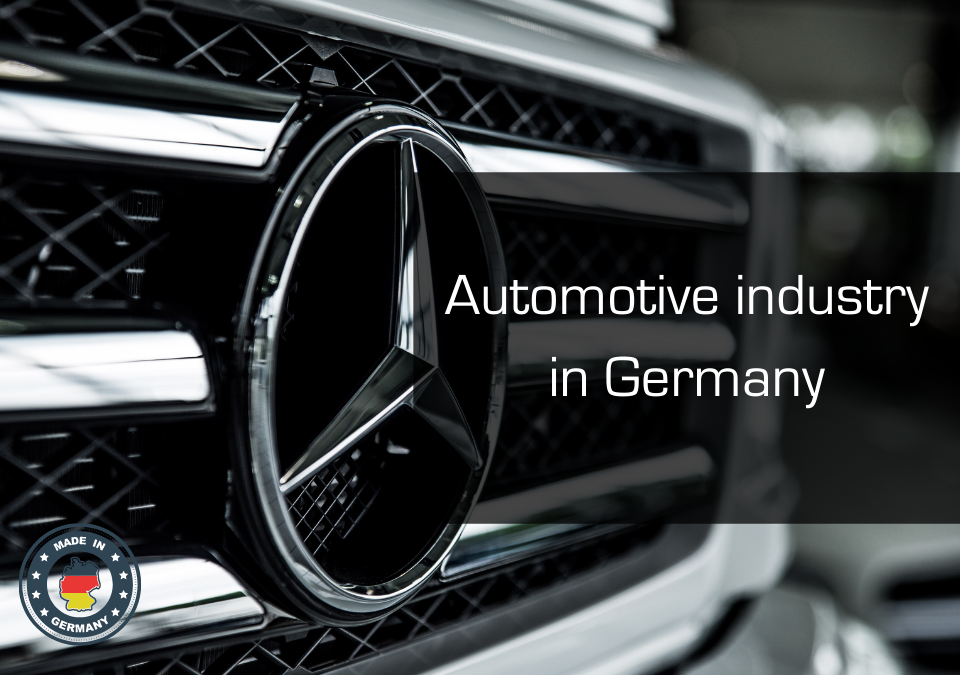 Overview of the German Auto Industry

The car production in Germany started in 1870 and grew significantly over the last century from producing around 1000 cars per year in the 1900s to over 15 million in recent years. Last year, Germany produced 6 million passenger cars and 0.5 million commercial vehicles.

Today, Germany is the number one car producer in Europe with 52 % market share among western European countries and 31% in the EU. The automotive industry currently employees more than 820,000 people and generates around 430 billion euros annually.

Germany exports 80 per cent of all the cars it manufactures every year mainly to other European countries and in 2019, the export value of the cars was 220 billion euros. Well-known for its innovation, safety, and reliability, Germany invests in R&D growth in the automotive sector. In fact, over the last years, the country accounted for 60 % of the R&D growth in Europe. Germany invested over 20 billion euros on R&D in the automotive industry which is the highest amount among the other sectors.

The industry will continue to grow by following all the technological trends focusing on sustainable mobility, car connectivity, and e-mobility to increase the safety and comfort of the cars in the future. 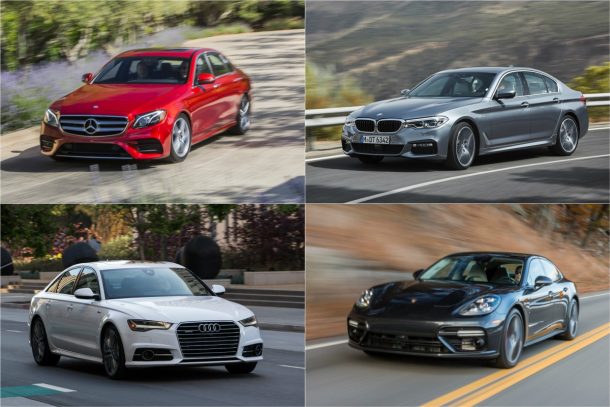 German automobile companies are known for their high-quality vehicles in terms of both performance and appearance and success on an international scale. Current major manufacturers in Germany are Audi, BMW, Ford-Werke GmbH, Mercedes-Benz, Opel, Porsche, and Volkswagen. In 2019, the Volkswagen Group topped a ranking of leading motor manufacturers based on global sales, with almost 11 million units sold worldwide in 2019. The Volkswagen Group was also the leading car manufacturer by production volume in Germany. The Daimler AG was further behind with 3.36 million vehicles on the market, and the BMW Group brought up the top three with 2.54 million cars.

Audi began production in 1909 and their headquarters are in Ingolstadt, Germany. The company received its name from its founder, August Horch. Audi in German means “listen.”
In 1932 Audi merged with Horch, Wanderer, and DKW to form Auto Union UG. That’s where the four linked rings in the Audi logo come from. Then, in 1966, they became part of the German automobile giant: the Volkswagen Group.

In the United States, they continue to become more popular each year. In fact, in 2017, their sales in the U.S grew 7.8%. This set a new record for the company with 226,511 deliveries. In the worldwide market, Audi had an eighth consecutive year of growth in 2017 with 1,878,100 automobiles sold. Audi arguably builds some of the best German cars in the world.

They offer a wide variety of vehicles in the American market. Sedans and sport backs include the A3, A4, A5, A6, A7, A8, RS 3, RS 7, S3, S4, S5, S6, and S7. They also sell numerous crossovers and SUVs including the Q3, Q5, Q7, Q8, and e-Tron. As far as their coupes and convertibles, they are known for creating sporty, performance vehicles. Some of these include the TT and R8.

Mercedes-Benz has been in business since 1926. The car manufacturer operates out of Stuttgart, Germany and was founded by Gottlieb Daimler who worked with Karl Benz. Since their inception, they’ve been seen as a manufacturer of luxury cars. If someone drives a Mercedes brand vehicle, it’s naturally assumed that they have money, and the Mercedes-Benz logo has become synonymous with quality, emblazoning some of the best cars in the industry.

Over the years they’ve produced numerous types of vehicles including trucks, limousines, vans, and buses. In fact, the Mercedes-Benz 600 was a luxury vehicle that became a popular limousine model. They were produced from 1964 through 1972.

In 2017 alone, Mercedes-Benz sold 337,246 units in the United States. With that said, they sold approximately 2.3 million cars worldwide, which was an increase of 9.9% over the previous year. That’s why they’re one of the best German car brands.

Mercedes offers some unique car models. Their sedan lineup includes the A, C, E, and S-Class as well as the Maybach. Coupes also include some from the C, E and S-Class plus the AMG-GT. Their SUV lineup has also grown to include the GLA, GLC, GLE, and GLS. Several of their vehicles are also produced as a convertible model. These include the C-Class, E-Class, AGT-GT, plus the SL Roadster.

Because Mercedes vehicles are seen as a luxury item, it makes sense that famous people drive them. In fact, the Mercedes-Benz G-Class seems to be exceptionally popular. Some of the most well-known Mercedes brand vehicle drivers include Floyd Mayweather, Kim Kardashian, and Sylvester Stallone. That’s why they’re ranked as one of the top German car manufacturers.

BMW has been around since 1916 and is headquartered in Munich, Bavaria. It was founded by Franz Josef Popp and it stands for Bayerische Motoren Werke (Bavarian Motor Works), often recognized instantly by the iconic BMW logo. Their greatest successes come from the engine, which continues to improve over time. That’s what makes it one of the best German car brands in the world.

Since their inception, they’ve released many luxury passenger cars, sports cars, and SUVs. Their U.S. sales did drop slightly in 2017 to 305,685 vehicles which were a 2.4% decrease over 2016. On the other hand, they did rise 4.2% in worldwide sales for the year with 2.09 million vehicles sold.

Because of their status as the builders of some of the greatest cars of all time, there have been many celebrities caught behind the wheel of a BMW. In recent years, some of the famous people include Jessica Alba (X6), Halle Berry (i3), and Heidi Klum (6-Series convertible).

Volkswagen has been one of the popular German car brands since 1937 when Ferdinand Porsche started the company. They currently have their headquarters in Wolfsburg, Germany and were known as “the car of the people.” Over time, Volkswagen went on to acquire Bentley, Rolls-Royce, Lamborghini, Bugatti, Skoda, and SEAT. It is the ultimate German brand, and a giant in the automotive industry, putting many American car brands to shame.

Volkswagen has created some well-known vehicles like the Beetle and the Vanagon. In 2017, Volkswagen of America sold 339,676 total vehicles which were a 5.2% increase over 2016. They also sold 10.7 million vehicles worldwide in 2017, marking a 4.3% increase.

They don’t have as many models as some of the other German car brands, but there’s still a nice selection to choose from. Their sedans include the Passat and Jetta. They also make the Tiguan and Atlas SUV models. Their compact cars include the Beetle and Golf.

With its dynamic investment environment, excellent infrastructure, and international R&D facilities, the German automotive industry will continue to thrive in the future.